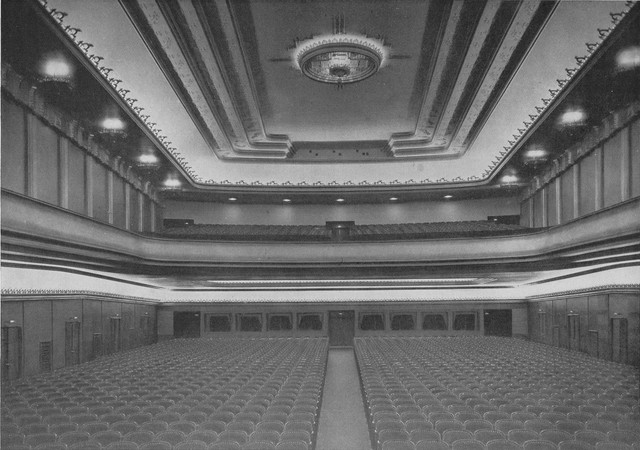 The Phoebus-Palast was opened on 7th October 1927 with Rudolf Rittner in “The Master of Nuremberg”. Designed by architect Ludwig Ruff, it had 2,043 seats and there was a café which could seat 300. It was equipped with a Wurlitzer 2 Manual 6 Ranks organ which was opened by organist George Tootell. In the 1930’s it was re-named Ufa-Palast. The cinema was damaged by Allied bombs during World War II.

It re-opened on 16th December 1948 with 410 seats located in the foyer. The building was reconstructed and re-opened as a 3-screen cinema on 22nd December 1952. It reverted back to its original name Phoebus Palast. Seating was provided for 1,000 in the main screen, a small 250 seat Studio cinema, and a 300 seat cinema in the former café.

The Phoebus Palast was closed on 30th May 1972 with “Das Haus in Montevideo” and “Waltz King”. It was later demolished and a bank now stands on the site.