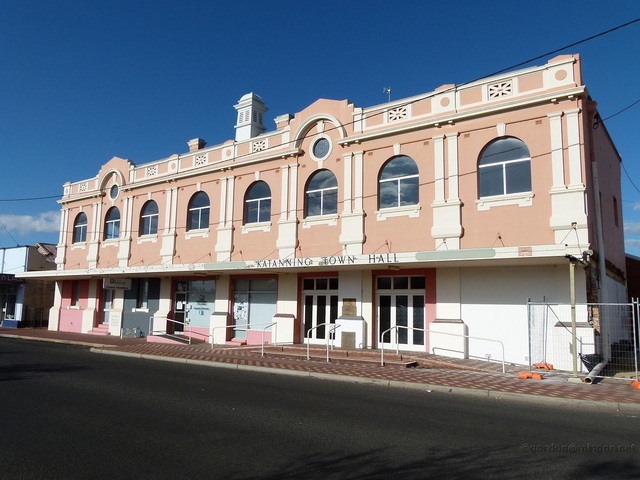 The Katanning Town Hall opened in 1897. The first films were screened in 1900, and stopping screening in about 1961 when the drive-in opened. Film screenings started again(by Roy Mudge) on 23rd January 1996 with “Free Willy 2”, and ended on 9th July 1996 with “Dunstan Checks In”. Then Steve Martin took over and continues to screens irregularly 4 or 5 times a month(school holidays?), mainly childens' films(though he did bring “Shine”).