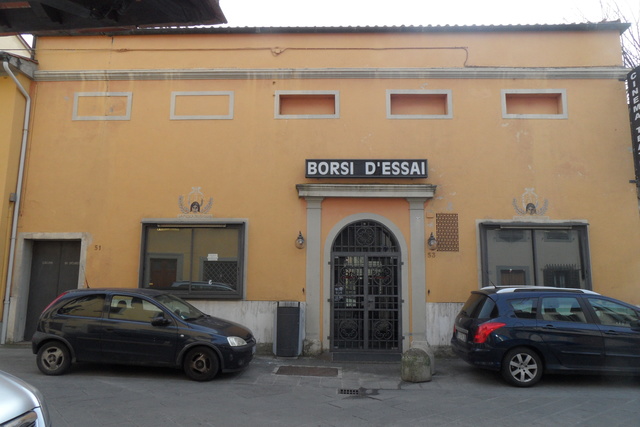 Located in the historic walled centre of Prato, in the Tuscany region of northern Italy, it is not known when the Borsi D'Essai first opened.

However, it is known that the final film was screened on 16th December 2013. This was “Stolen Kisses”, the culmination of a season dedicated to its director, Francois Truffaut, organised by Cineclub Mabuse.

Aside from declining ticket sales, it seems that finance was not available to fix the heating and install digital projection.

I should have added that the local Laurel & Hardy group, known as “Teste Dure” (“Block-Heads”, one of the comedy duo’s films) held their annual meetings at the Cinema Borsi from 2006 to 2013 – especially as their meeting in 2016 was the reason for my visit to Prato! (That meeting was held in the Teatro Magnolfi, a community theatre in a former orphanage, now a hostel, outside the walled centre of the town.) The L&H group is run by local residents (and teachers) Alessandro Santi and his wife Francesca Noci.