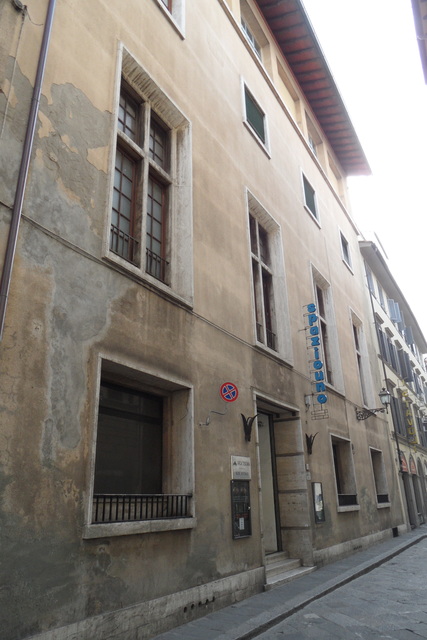 Located in the city centre of Florence, the story of the Spazio Uno (“Space One”) begins in the 1960’s, with the cinema providing a culturally oriented, sophisticated and in-depth alternative to the more usual commercial film exhibition. In particular, programme space was given over to festivals, historic films and numerous film clubs.

Unfortunately, the cinema struggled in the 1980’s and 1990’s, with different administrations unable to find the right blend of films and activities to allow it to continue to offer an alternative to the growing number of multiplexes.

However, 2002 marked the year of the Spazio Uno’s rebirth, when the current operators took over. The cinema is now thriving, having rediscovered its cultural roots.

I went to see Visconti’s “Lo straniero” (The Stranger) here on April 21, 1988. It was then (and still is) a very hard film to see just about anywhere. I recall that they ran a beautiful 35mm print of the Italian-language version.