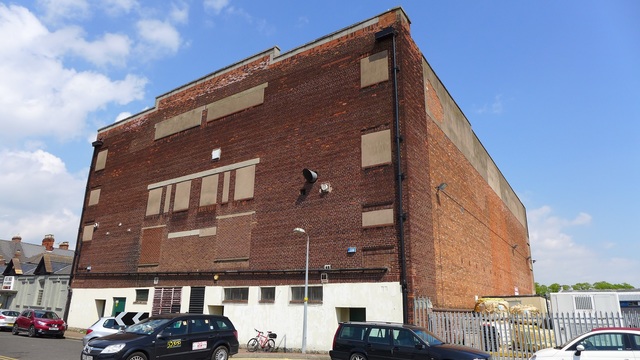 Located on West Dock Avenue, just off Hessle Road in Hull, the Langham Theatre opened 1st August 1931, and was built on part of the site previously occupied by the former Electric Picture Theatre/Hessle Road Picture House (later Magnet Cinema). The former nearby Electric Picture Theatre (later Picture Palace) was reused as a foyer and crush hall for the new Langham Theatre. It was equipped with a lift which took patrons up to the balcony. Messrs Binns, Fitton & Hayley installed a 2manual 13Ranks organ, which was opened by organist Stanley Johnson. It had a Western Electric(WE) sound system and a proscenium width of 45ft. The Langham Theatre was closed 28th October 1961. It was converted into a 10-pin bowling alley, but this did not last long. It was then converted into a supermarket.

In 2016 it is in the middle of an industrial estate and used for commercial purposes.