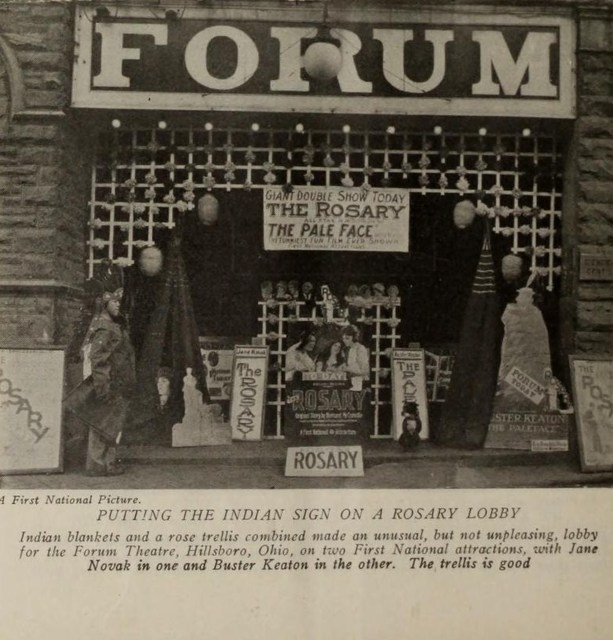 Opened in 1910, The Fair Theatorium opened showing motion pictures. In 1912, new ownership changed the name to Forum Theatre. It appears to have closed in 1948 with the building dismantled in 1953 for conversion to other retail purposes.

The Forum Theatre was across the street from the Bell’s Opera House which primarily showed live shows though did experiment with motion pictures early and was converted to a movie theatre in the 1920’s. The Orpheum Theatre and the Palace Theatre were the other two silent era theatres in town.

The theatre did close in 1953 after years of operating just twice a week.