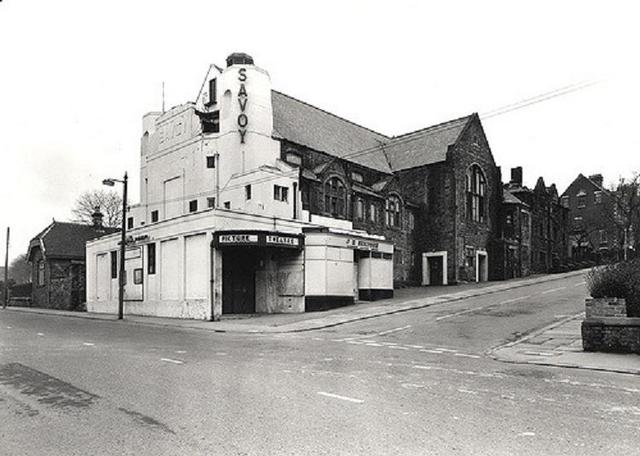 Located in the Benwell district to the west of the city. The Beech Grove Congregational Church was built in 1896. It was taken over by H.T. Smelt of Smelt’s Theatres chain in 1932 and converted into the Savoy Picture Theatre. The façade was given an Art Deco style makeover, but the remainder of the building externally still looked like a church. Inside the auditorium Fred A. Foster Ltd. from Nottingham created a Spanish hacienda style interior with trailing vines and bunches of grapes. The architect responsible for the conversion was S.J. Stephenson.

The Savoy Picture Theatre was opened on 12th December 1932 with Janet Gaynor in “Sunny Side Up”. It was equipped with a British Talking Pictures(BTP) sound system. By 1944 it was known as the Savoy Cinema. It was taken over by the Essoldo circuit in 1948.

The Savoy Cinema was closed on 29th May 1966 after a fire damaged the building. Repairs were eventually carried out and it reopened in October 1969 as the Essoldo Bingo Club, but was destroyed by fire on the night of 26th-27th May 1997. The site remains an empty lot in 2016.