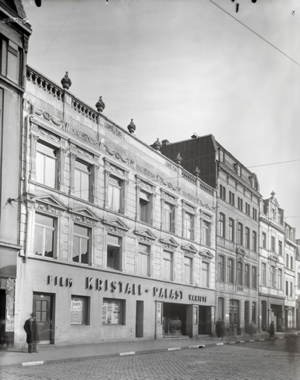 Located in the Severinsviertel inner city district in the south of Cologne city centre. The Kino fur Jedermann (People’s Cinema) opened on 20th October 1928, and operated until 1932. It re-opened as the Kristall-Palast in 1933. It was equipped with a theatre organ. The Kristall-Palast was destroyed by Allied bombing in 1943, only the façade survived. This too has since been demolished.