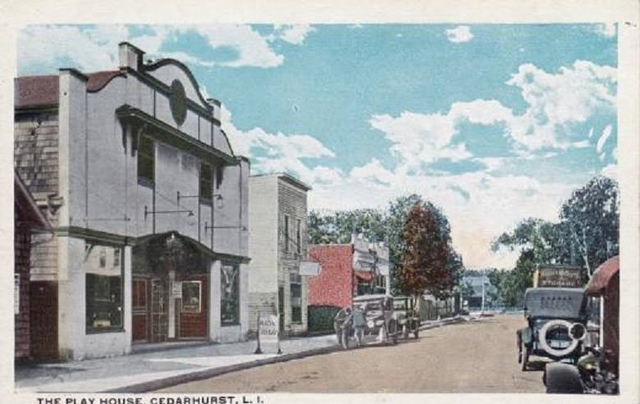 Located in Cedarhurst, Long Island, NY. The Playhouse was opened in 1924 and was listed in the 1926 edition of Film Daily Yearbook with 500 seats. It operated as a cinema for nine months of the year, but enjoyed its greatest success with summer seasons of stage plays during the late-1920’s, 1930’s and early-1940’s. Many top stars appeared at the Playhouse, including Ethel Barrymore, Tallulah Bankhead and Ina Claire, but escalating costs and the small capacity of the theatre eventually saw an end to these summer stage presentations.

The Playhouse went over to full time cinema use in 1946, alternating between mainstream releases and foreign imports. It was operated by Independent Theater Service Inc. With stiff competition from the larger Central Theatre, the Playhouse finally closed and was demolished.