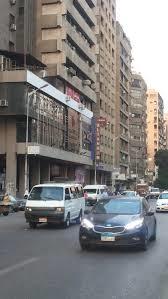 Located in the Al Doqqi district of Giza, Greater Cairo across the River Nile in the west. The Al-Tahrir Cinema was possibly opened in the early-1950’s and designed in an Art Deco style. Seating is on a stadium plan, with a raised stepped section at the rear. Around 1955 it was re-named Liberte Cinema. It had closed by 1987, by which time it stood empty and abandoned.