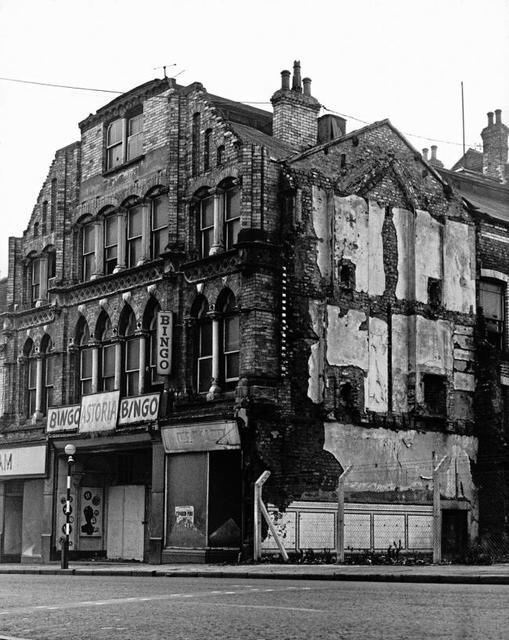 Located in the north of the city centre. The Livingstone Hall was built as an assembly rooms in 1873. In 1909 it was screening Bioscope pictures. It was granted a Cinematograph Licence for its 1,800-seat auditorium. The proscenium was 30ft wide. In the early-1930’s it was equipped with an A.W.H. sound system. Re-named Ritz Cinema in 1937, it was re-named Plaza Cinema in 1938. By 1944 it was operated by the Marks Circuit Cinemas. The seating capacity had been reduced to 1,000

In 1946 it was taken over by Walters Cinemas and re-named New Plaza Cinema. It was equipped with a Western Electric(WE) sound system and the seating capacity was reduced further to 850. It was closed as a cinema in 1947 and went over to live theatre use as the Royal Astoria Theatre. In 1952 it reverted back to cinema use as the Astoria Cinema, which closed in 1957.

It was converted into a restaurant, and then became the Astoria Bingo Club. The building was demolished in the early-1970’s and a BP petrol station now operates on the site.