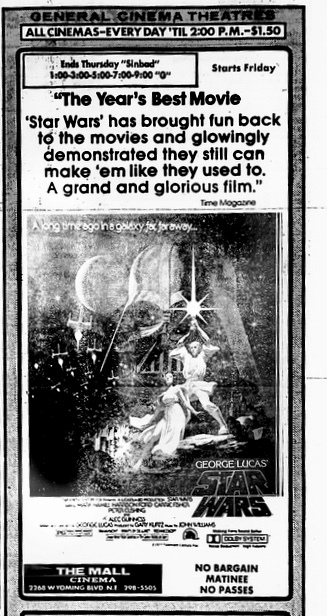 The Loew’s Theatre was a beautiful single screen 850-seat theatre which opened December 25, 1969. The décor was green & purple and the lobby and auditorium were very well laid out. Opened by Loew’s, it was sold to General Cinema Corp. in 1972. Twinned around 1980, the closing date is unknown. It has been demolished and a Walmart Supercenter now stands on the site.

OPENING AD SADLY NO OTHER PHOTOS EXSIST OF THIS BEAUTIFUL THEATER