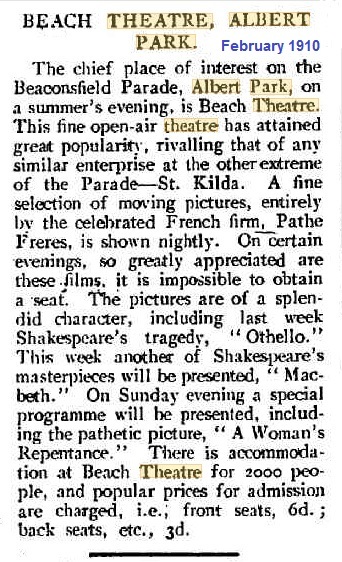 Located in the south Melbourne district of Albert Park, facing South Melbourne Beach. The Beach Theatre was opened in October 1909 as an open air theatre with seating for 2,000. It presented variety turns as well as films. It was later roofed over and was re-named St. Louis Theatre and finally became the Strand Theatre, which closed in the 1920’s.

The building was converted into a local film studio and eventually became a motor garage workshop. The façade was given listed status by the National Trust in 1991, but the building has since been demolished.