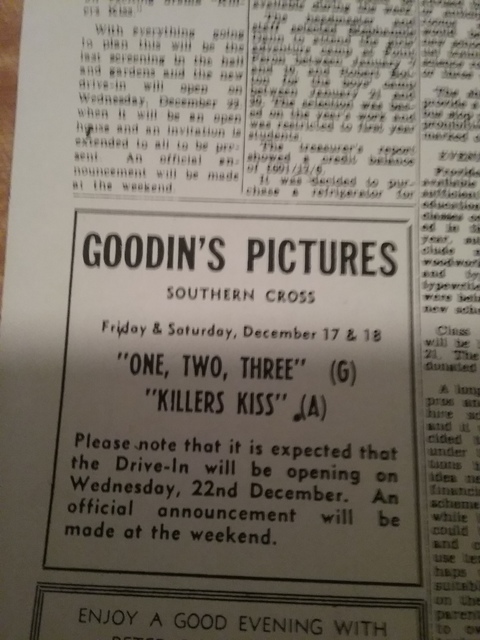 Goodin’s Hall opened in (1921?) by Arthur Herbert Goodin next to the Club Hotel(21 Antares Street), (set back from the street behind the shop building already on the front of lot 19(type of shop/s unknown?). The shop building later became the theatre shop(closed same time as the Hall in in 1965?) and closed in(late 1920’s or early-1930’s?) and transformed into a miniature golf course.