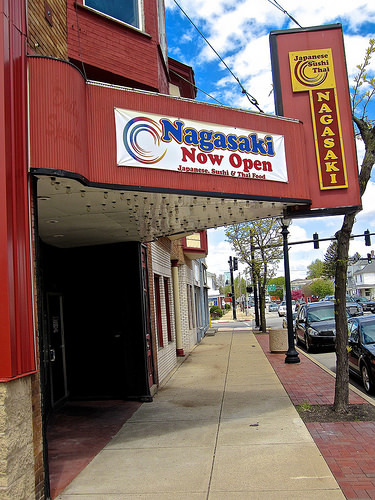 The Gem Theatre opened around 1908. It closed but then became the Roxy Theatre in 1919. In 1938, it was sold to the James Harry Chakeres and his Chakeres Theaters Inc. circuit. He changes it to the State Theatre and goes on to acquire the Fayette Theatre, the CCC Drive-In and the Palace Theatre.

The State Theatre was given a major remodeling in 1940 by the Chakeres Theaters Inc. circuit. It closed June 30, 1954. The building is repurposed for other commercial retail purposes.