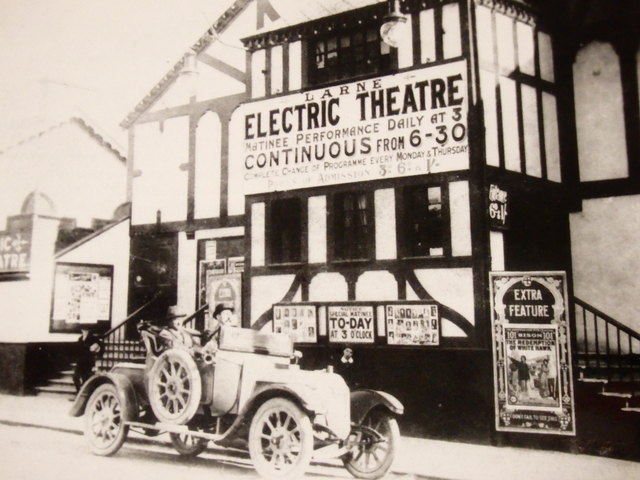 The Electric Theatre is reported as opening on 1st June 1911 with “Pals of the Range” and “Birds in Their Nests”, a natural history film. It changed its name to the Picture House in August 1927. It was equipped with a British Thomson Houston(BTH) sound system around 1930. It was closed on 28th September 1936 as the company, Irish Electric Palaces, was building the new Regal Cinema on Curran Road. Newspaper reports stated that had it remained open for another two months it would have celebrated its Silver Jubilee, indicating that the opening in 1911 may have been delayed.