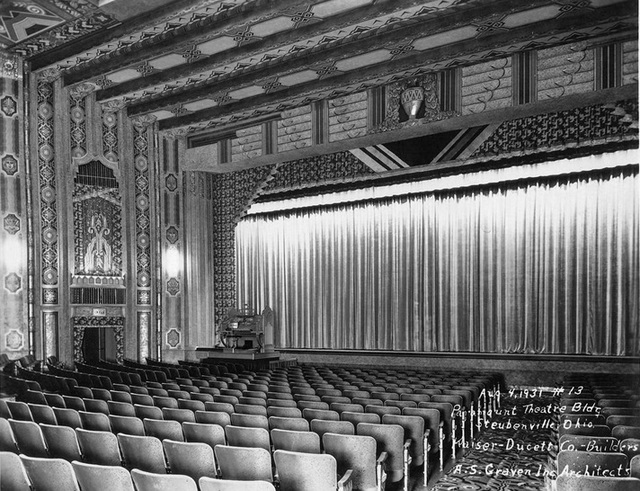 The Paramount Theatre was opened August 6, 1931 with Maurice Chevalier in “The Singing Lieutenant”. It was built for and operated by the Publix Theater Corp. It was equipped with a Wurlitzer 3 Manual organ. It was closed on June 2, 1974 and demolition began on June 10, 1974.

Why is there no information on this spectacular theater?

What a great place to see wide screen films.

Was this a 70mm roadshow house?

Agreed. Looks like a real gem. Wish there was more information and photos. The auditorium, what we can see of it, is stunning! Can’t believe they let this one get away.

The Paramount Theatre opened with Maurice Chevalier in Paramount’s “The Singing Lieutenant on August 6, 1931. The $300,000 Publix-Paramount project was built by Kaiser-Ducett of Joliet, Illinois. Following the Paramount Decree, Skirball Brothers operated the venue. It closed permanently on June 2, 1974. Demolition then began on June 10, 1974.