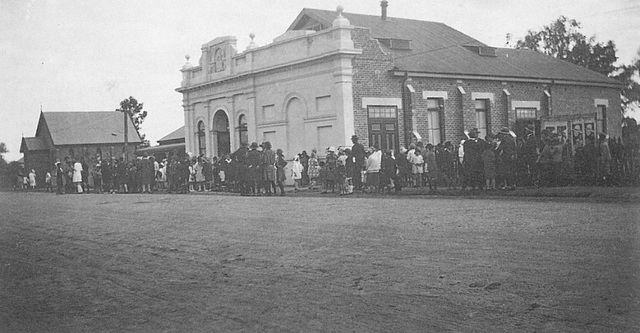 The Mechanics Hall was built in 1883. The hall was opened on 30th October 1884. Movies were screened from 1900’s to the mid-1960’s. The hall became a supermarket(Pinjarra Supermarket), until 2012 when the building was demolished to make way for a shopping centre(Junction Shopping Centre). The George Street entry mirrors the original entry of the Mechanics Hall. The four pillars fronting the main Street(George Street?) are clad in brick from the original hall.