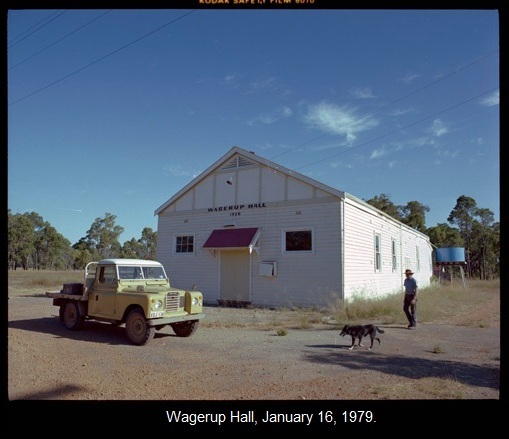 Wagerup Hall opened in(1896?). There may have been films screened in the Wagerup Hall in about 1950 by P.W. Hassell. The hall may still be there?