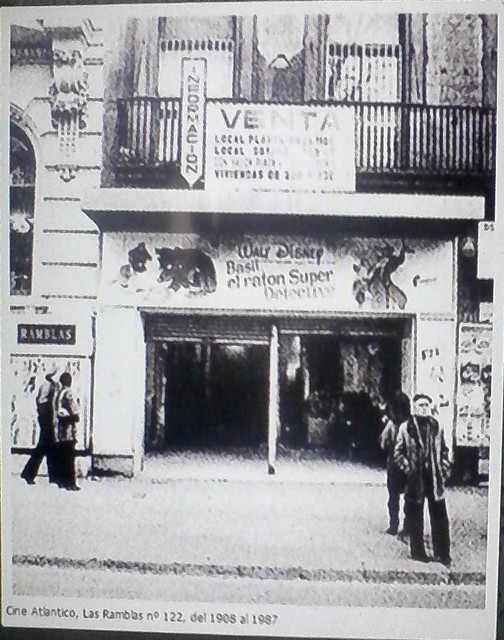 Inaugurated in 1908 as Sala Merce with 200 seats, changed its name to Cine Atlantico in 1936 and the seating capacity was increased to 250 (all seats were on a single floor). It specialized in showing family films, especially Disney and lasted as a cinema until 16th January 1987 when its closed with the Walt Disney film “Basil, The Great Mouse Detective”. It was demolished in August 1988 with only the facade being retained. A hotel was built on the site.