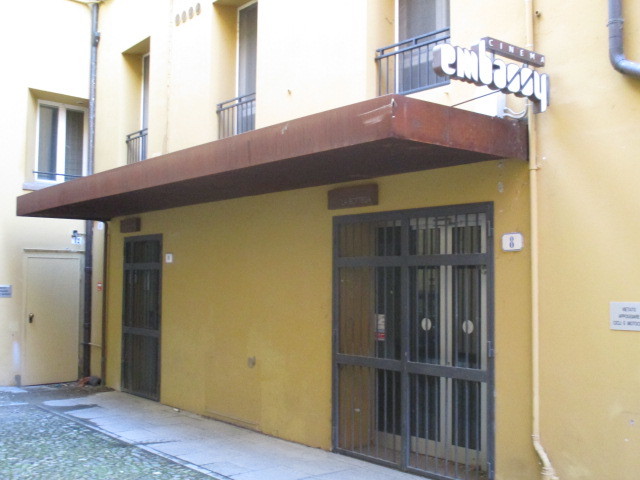 In Modena, in the Emilia-Romagna region of northern Italy, the Cinema Eastern opened between 1923 and 1924.

It is not known when the cinema closed. However, on 5th December 2011 the building re-opened, having been converted by Stefano Gualdi into two floors, with a supermarket on the ground floor and an ‘appetizer’ restaurant on the first floor.

When I visited, in September 2016, the building was closed up and there was no sign of any activity.