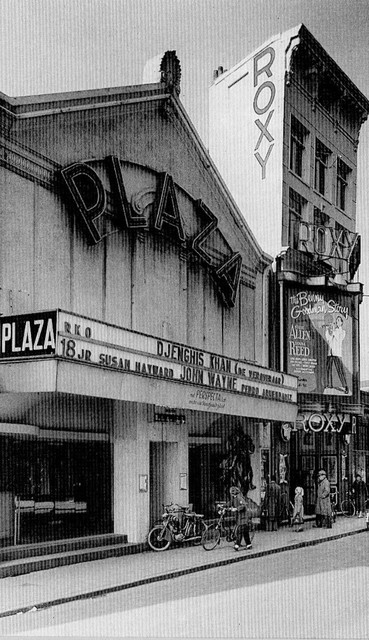 Opened as the Cinema de la Monnaie in the 1910’s, it was later renamed Cinema de Mont as it was located close to the Munt Tower. By the 1950’s it had been re-named Plaza Theater. It stood adjacent on the left hand side of the Roxy Theater, which in 2016 has its facade retained.

The Plaza Theater was demolished in the 1970’s and shops were built on the site. In 2016 occupied by Marks & Spencer and Xenos.