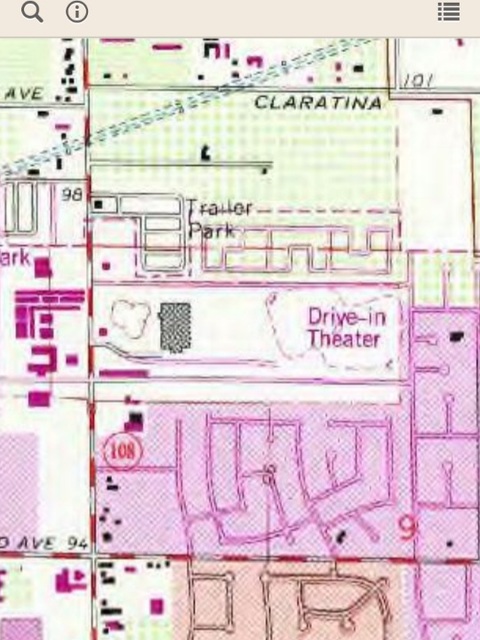 The Wal-Mart at this address was where the entrance was located. Originally a 2 screen theater.

We know that there wasn’t a 1970s drive-in at 3848 McHenry Avenue, because a 1967 aerial photo showed that a big-box store was already there. (Though it wasn’t a Walmart yet, since the company hadn’t expanded into California yet.)

There is a drive-in west of the intersection of then-Briggsmore Avenue and Prescott Road (now about 2200 Plaza Pkwy) that was a single screen in 1967 but a three-screen drive-in in 1982. Looking all along Briggsmore Avenue in that 1967 aerial, I can’t find any others. Could I have another hint?