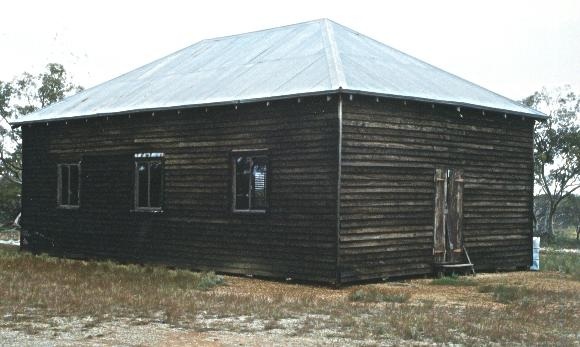 Movies were first screened at Katloning in 1924(unknown where?). Karloning hall was opened on 1st September 1934. Movies were screened from 1934 or 1935 to the 1950’s. The hall also served as a school from 1935 to 1946. All that remains of the town now is the hall and a well. The hall has been Heritage listed, and there is a monument in front of the hall.