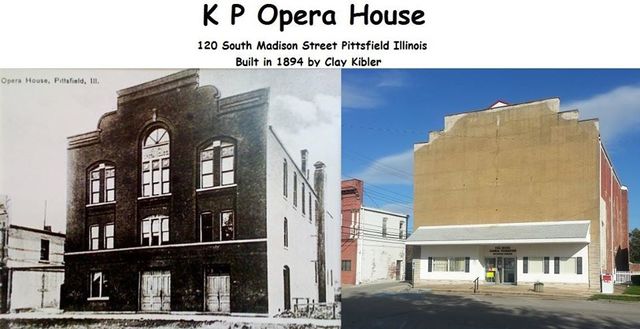 “K P Opera House was built in 1894 by H Clay Kibler. Architect was Henry Elliott who also designed the Pike County Illinois Courthouse. This is the same building that was the Clark Theatre later. After Clark Armentrout, owner of Clark Theater, passed away in 1960 the building was sold and become The John Green Store then it was PN Hirsch. After that The Dollar General Store and presently The Reach Out and Two Rivers Regional Council. 120 South Madison Pittsfield Illinois.”