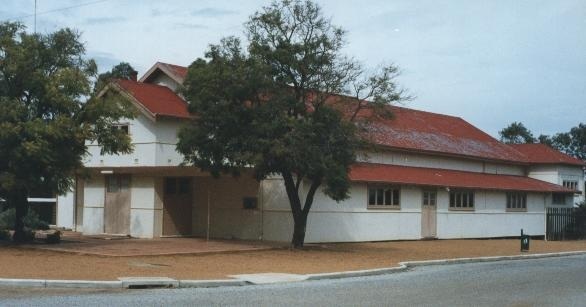 Nungarin Agricultural Hall was built(and opened?) in 1912. Movies were screened from after World War I. The Nungarin Agricultural Hall was demolished(date unknown?), and replaced with the Nungarin Town Hall(date unknown?). Movies were screened in the town hall until the 1970’s. The Nungarin Town Hall is still there, but no longer screens movies. The town hall is now used for community events and the Nungarin Wheatbelt Markets(held in the town hall, and in the mall between the town hall and the Shire offices, and also the on the length of the main street in Nungarin) once a month(except January and February).