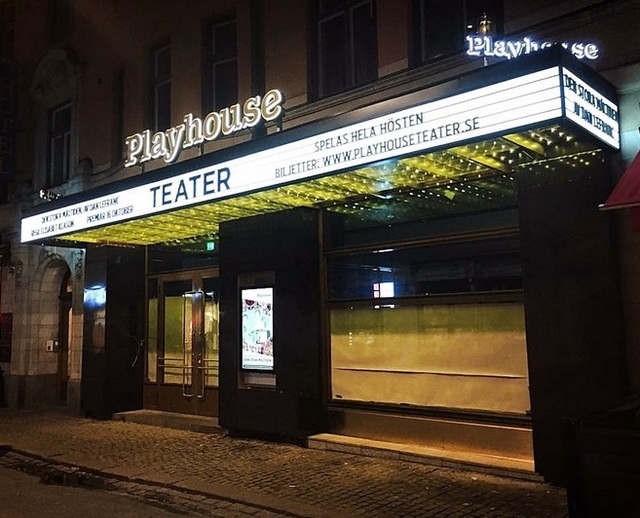 The Regina Cinema was opened at Drottninggatan 71A on the 3rd August 1912 with 385 seats in one auditorium. According to a report from Stockholm’s Dagblad (16-01-1912), it was the biggest cinema in Stockholm and was elegantly decorated and spacious. The main color used for decoration was white and yellow in order to create a light and merry atmosphere (Waltå 1912).

The first owner of Regina Cinema was N.P. & Axel Nilsson, who even owned another theater — Orientalisk Teater in Stockholm. Between 1912 to 1960 it was bought and sold six times in total. During the first year there had been five different owners before the business got stabilized in 1913 (Waltå 1912).

The Regina Cinema got its name from a competition where people could vote for the name they wished the cinema should have. There were twelve names the public could choose from. Since the name Regina received the most votes the first person who cast a vote for Regina won a prize (Svenska Dagbladet, 30/7/12).

Regina Cinema was one of the leading premiere cinemas showing the important hits of the period, and it was frequently attended. Among other films shown at Regina Cinema were Mauritz Stiller and Victor Sjöström films in the latter part of the 1910’s (Berglund 1993). During wartime they pronounced themselves as a leading theater in providing pictorial war news (Dagens Nyheter 5/27/1915). On the 3rd of November 1930, Regina Cinema showed their first sound film when they screened “Fridas visor”. Screen size at that time was 4,65m×3,40m (Waltå 1912).

The cinema was renovated and modernized in 1934, and had 425 seats after that. Otto G. Carlsund made the design. Since the renovation the entry was dressed in stainless steel, the walls in the hallway were in steel grey and the roof was blue. The walls in the salon were in green velvet and the curtain was blood-red. The new chairs were dressed in red velvet (Berglund 1993). The red velvet seats were imported from England and were the same style as the ones in the most elegant theatres in London at the time (Svenska Dagbladet, 23/9/1934).

Before Regina Cinema opened there was another building in the same place that was used as a cinema. It was known under different names: Apollo, Bostoch and finally Berlin Biograf-Teatern. The building was torn down in 1910 (Berglund 1993).

Today the former cinema is in use as a restaurant and theater. Playhouse Teater started in the place in 2015. The new facade of the theater has changed quite a lot and it shows the new play’s name and performing hours written with removable numbers and letters. Playhouse Teater is specialized in new plays from the US, and the plays are all recently written and performed.