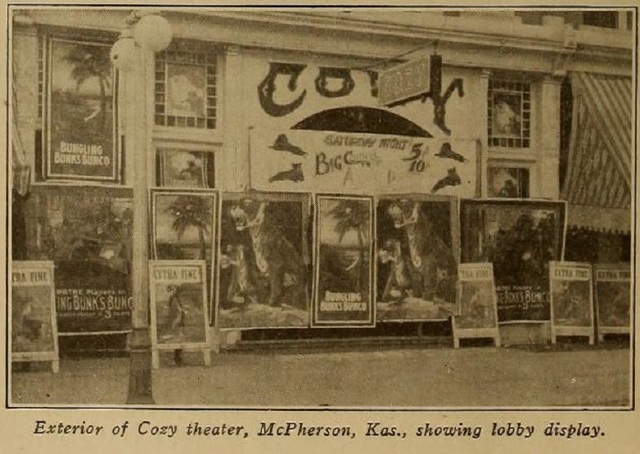 C.K. Latto opened the Latto Theatre - an early silent theatre in McPherson – at 114 South Main Street on February 13, 1909 showing motion pictures. With the Baird Candy Kitchen (later Lloyd’s Candy Kitchen and Soda Fountain) next door, the early movie house looked to be positioned for success but would struggle in McPherson’s downtown. Within months, Tom Roy bought the theatre from Latto changing the name to the Electric Hall Theatre while in development in December of 1909 before launching as the Isis Theatre on December 20, 1909.