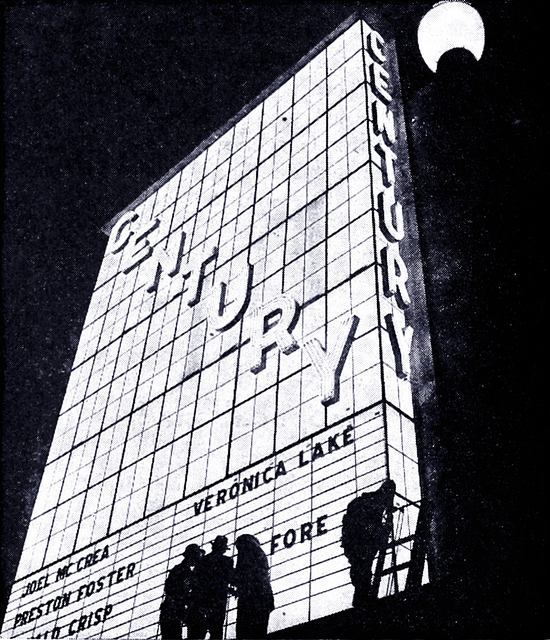 The Downtown Theatre was open as of 1941. It closed and Ted R. Gamble took on the location becoming the New Century Theatre on June 4, 1947. Actor Preston Foster did a personal appearance to promote the opening film, “Ramrod”. At the end of April 1955, the theatre closed.

The theatre had a short run during World War II as a newsreel theatre, an independent competitor to the Newsreel Theatre in Portland. In its final months as the Century in 1955, it had become a grind house with the top price being 35 cents for two films and the low price being just ten cents.