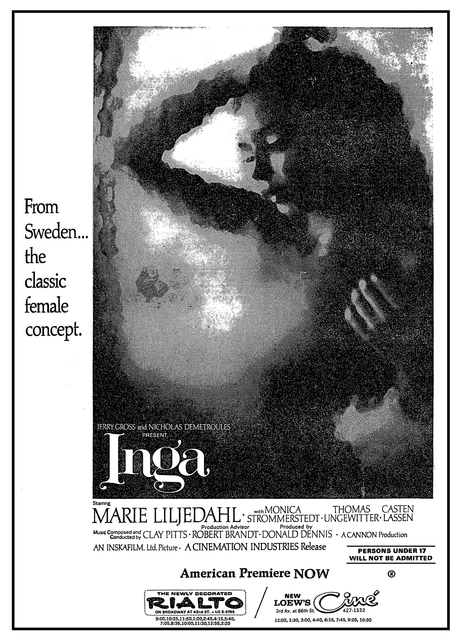 November 20, 1968 Taking advantage of Sweden’s sexual permissiveness, Long Island sexploitation film maker Joe Sarno traveled abroad to film his biggest hit to date. To keep the illusion it was a Swedish film, the distributor kept his name off the advertising credits.