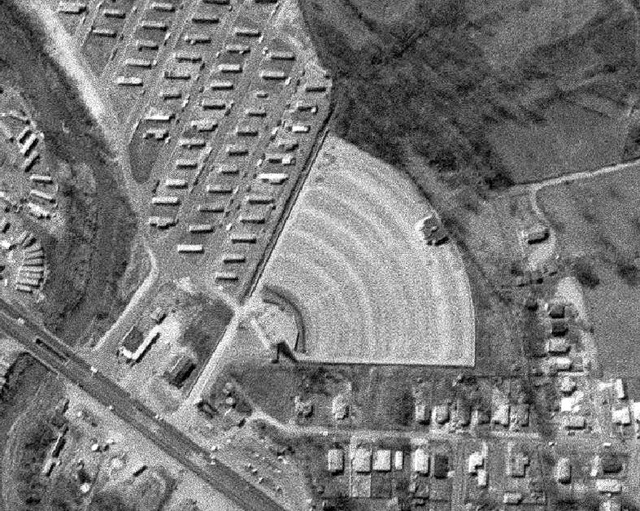 will take you to the Birmingham Rewound “This Month In History” page for August 1967. Half way down, in the movie section are a couple of ads for the Bama grouping it with other drive ins operated by the Newman Waters Theater Company. A year or so later, Waters locations were taken over by the R.C. Cobb company.

Brighton is one of the many small towns located along an arc that runs from SW to NE above Birmingham starting with Bessemer and ending in Irondale that owe their existence to the mining and steel industry that was beginning to fade out by the mid 60’s. Many of them are still incorporated and given the growth of Birmingham and especially Bessemer, which is right next door to Brighton, it is hard to tell when you are leaving one city and entering another.

About a mile up US 11 / Bessemer Super Highway, was the much older Auto Movies #1, and just beyond that another mid 60’s build, the Midfield indoor theater. From the looks of the overhead, the trailer park next door is still there, now nicely covered in trees.