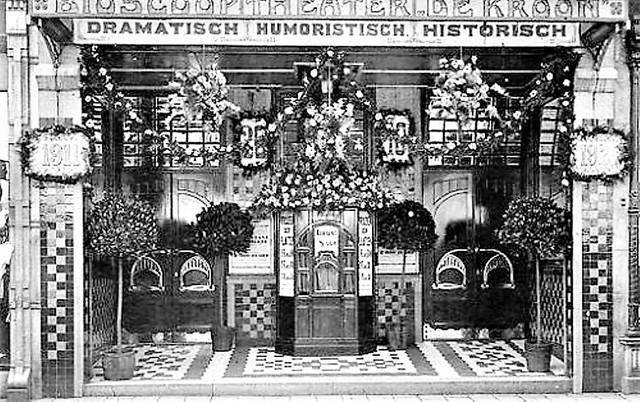 Located on Diezerstraat near the interestion with Brouwerstraat. The Bioscoop Theater de Kroon (Crown Cinema) was opened 29th July 1911. It was designed by an architect named Brightly and operated by David Pinto. It screened films and had had live perfomances on its stage.

In 1935 it was rebuilt to the plans of architect H.J. Voogden in a Dutch Functionalist style in brick, which has a tower feature on the right-hand side of the facade. The building was extended at the rear onto Gasthuisplein where the tall brick stagehouse can be seen. It was closed in 1992 and in 2017 is a H&M department store.

Since 1992 there is a 4-screen Pathe de Kroon operating in the town at a nearby different location.