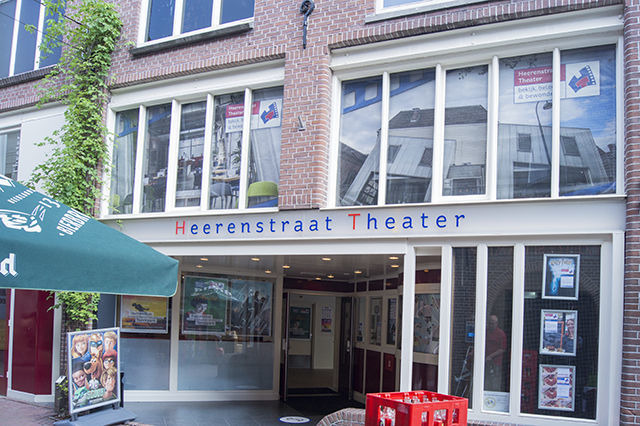 Opened in 1978 at the corner of Molenstraat & Heerenstraat.

Since 1978, film has been shown on the corner of Heerenstraat-Molenstraat. In 2004, the theater was taken over by three motivated Wageningen entrepreneurs with a great passion for film. They took care of a restart of the existing theater under the name Heerenstraat Theater. In order to offer even more quality, we started digitizing one of our rooms in 2005, which we were far ahead of the time. In 2008, the Theater Café was expanded and a cozy, sun-drenched terrace was created. Of course we also led the way with showing 3D films. In 2009, we were one of the first in the country to install a 3D projector of the second generation of digital projection equipment. All our rooms have been fully digitized since 2011, all chairs were replaced in 2014 and in 2018 we continue to provide an atmospheric environment and optimal (film) experience from Oscar to Arthouse every day.