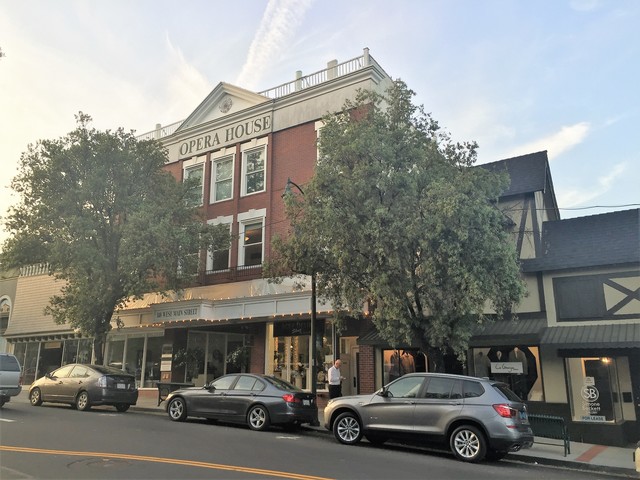 Opened in 1904 and constructed in the “Renaissance Revival, Romano-Tuscan mode”, the Opera House was initially a live performance venue and later periodically for film presentation. It is now primarily used for offices and banquets and since early-2013 it is office space only.

The event center that formerly occupied the second-floor Los Gatos Opera House closed in early 2013. The space was converted into an office in late 2014.

This PDF offering the venue for lease prior to its conversion to offices has some photos. It says the theater opened as the Ford Opera House on October 10, 1904.

Editions of the Cahn Guide as late as 1910 erroneously claimed that the theater was on the first floor. By 1912 a new management was reporting the house as a second floor theater.