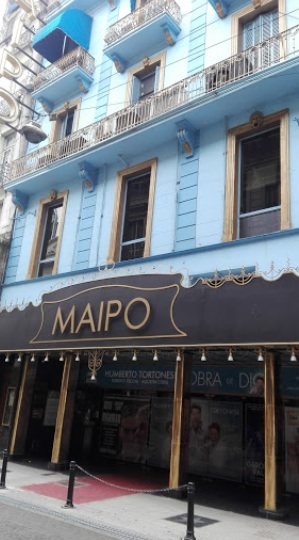 Opened in 1908 as the Scala, a cafe & concert hall. It became the Teatro Maipo in 1922 and was re-modeled by architect Valentin Brodsky. Seating is provided in orchestra and balcony levels. Later converted to cinema use as the Cine Esmeralda, it has now returned to its Teatro Maipo name and presents live performances and cabaret revue shows.