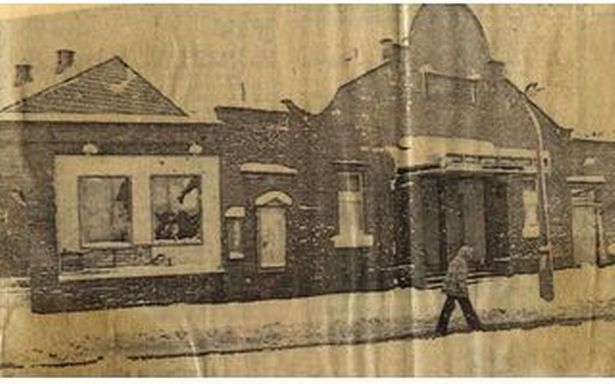 Marsden’s Electric Theatre opened in 1919, replacing an earlier one in a corrugated building, and was run initially by Thomas Leyland although his daughter Laura Beardsall took over the ownership when he died in 1949. It was then effectively run by women, the owner being assisted by her two nieces. The family appeared on the BBC TV programme “Nationwide” in the 1970’s discussing the struggle to keep the cinema open, with illness forcing the closure of the cinema in May 1975. The last film to be shown was “Day of the Jackal”.

In January 1979 a heavy downfall of snow caused the roof to collapse which meant the end for the cinema. It was then demolished and the site replaced with industrial units and recreation land. Films are still screened in the town, under the title Marsden’s Electric Theatre Cinema, at the Marsden Musical Institute in Marsden Lane and the Marsden Mechanics in Peel Street.