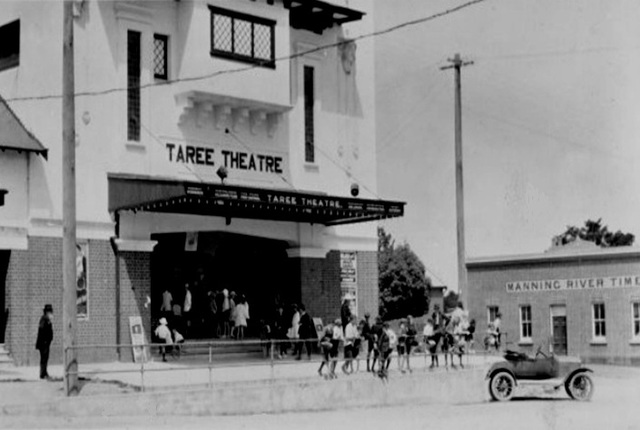 The Taree Theatre was built and opened in the 1921. It later was re-named Boomerang Theatre and was a segregated theatre with aboriginal persons having to sit in the front rows of seats in the stalls, and enter (after the house-lights had dimmed) from a side entrance.