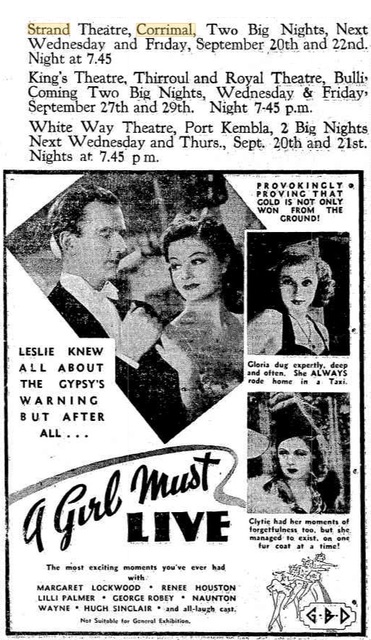 Located on the south side of Railway Street, 170ft east of Princes Highway. The Strand Theatre was opened on 1st November 1921. It was designed by architectural firm Kaberry & Chard.

In 1937 it was remodeled in an Art Deco style by architect Bruce Furse of architectural firm Crick & Furse. The Strand Theatre was closed on 6th March 1965 with Debbie Reynolds in “The Unsinkable Molly Brown”. It stood unused for several years until it was sold to Woolworth’s on 26th June 1970 and was demolished and the site became part of a car park for a new shopping centre. A medical centre now stands on the site