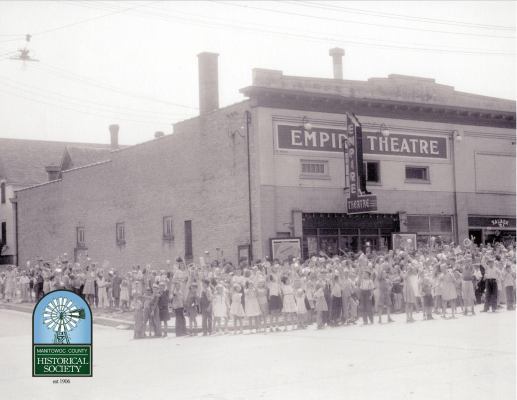 Opened 1921-1927, closed 1956. Became an auto parts site. There was also an Empire Grocery (1803 Marshall Street) where you bought your candy. It was located on the west side of the theater and opened in 1934.
– Manitowoc County Historical Society (Amy Meyer)