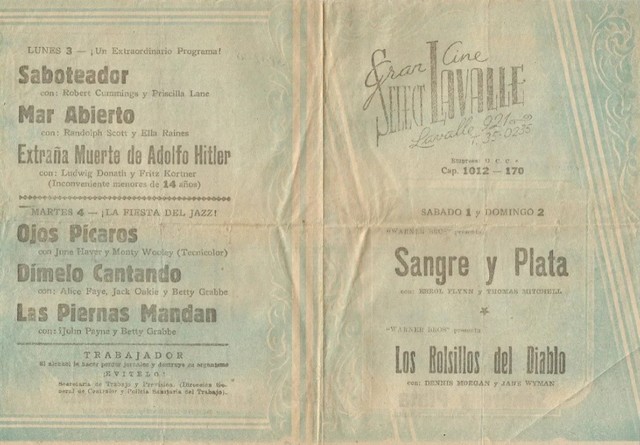 The Gran Biografo Lavalle was opened in 1911. It was later re-named Cine Mogador. It was remodeled and reopened in 1925 as the Cine Lavalle, later becoming the Cine Select Lavalle. It was closed prior to 2009 and was converted into a pharmacy.