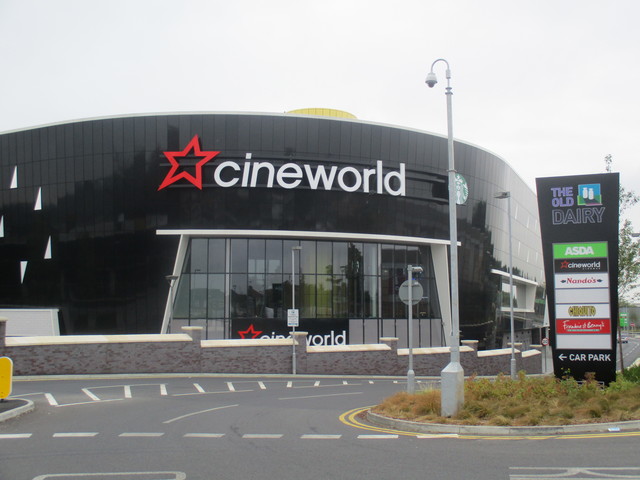 In October 2014 Hillingdon Council planning committee voted unanimously to approve plans by Citygrove to redevelop the former Arla Dairy site in South Ruislip, originally part of Middlesex, which today is in the northwest of Greater London.

The development was delayed by a legal challenge mounted by Sainsbury’s in January 2015. This was dismissed in the July, and work commenced in the October. The scheme includes an Asda food store, “family-themed” restaurants, approximately 160 residential units and the Cineworld multiplex. There is a central open public piazza.

The Asda store opened in May 2017, with the Cineworld following on Friday 7th July 2017.