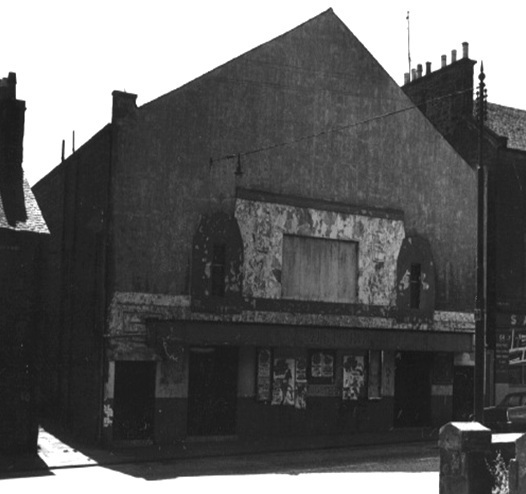 Located in the district of Lochee, to the northwest of the city centre. The Peoples Picture Palace was built in 1911 and opened in 1912 as the B & B People’s Picture House. In 1914 it was taken over by a new operator and re-named Oxford Picture House.

In November 1928 it was taken over by A.E. Binnall and was reconstructed to become the Astoria Theatre, opening with Milton Sills in “The Hawks Nest” & Charles Murray in “Vamping Venus”. It was equipped with a British Acoustic(BA) sound system. It had a 20ft deep stage and three dressing rooms. In 1936 it was purchased by Charles Gray who operated in until it was closed in 1977. Although for a while in the mid-1950’s, it was operated by the J.B. Milne Theatres chain.

The building was purchased by Dundee City Council for road improvements which never took place, and it was demolished.