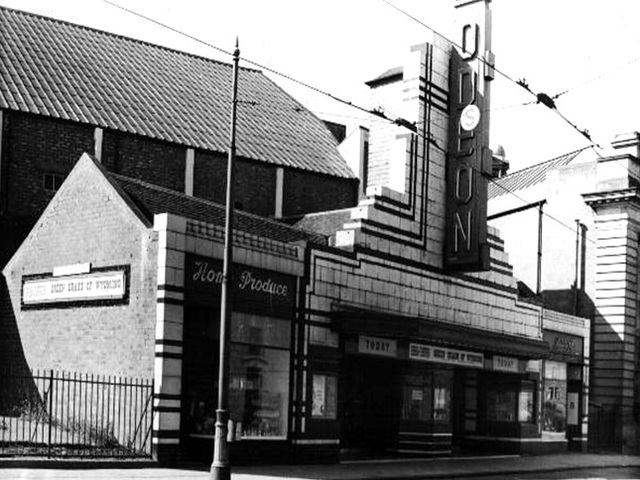 Located in the north of Dundee. The Vogue Cinema was opened on 21st September 1936 with Shirley Temple in “The Littlest Rebel”. It was operated by the George Singleton chain. Designed by James McKissock of Glasgow based architectural firm McKissack & Son in an Art Deco style. Seating was provided on a stadium plan with 1,011 in the front section and 523 on a raised stepped section at the rear. It had a stage and two dressing rooms. The cinema had a car park for the convenience of its patrons.

It was taken over by the Oscar Deutsch chain of Odeon Theatres Ltd. on 8th March 1937 when they took over 10 Singleton Circuit cinemas. It was re-named Odeon in June 1938.

The Rank Organisation closed the Odeon on 24th February 1973 and it was demolished. A Sainsbury’s supermarket was built on the site, later becoming a Lidl supermarket. It is now occupied by several small shops including a Tesco Express.