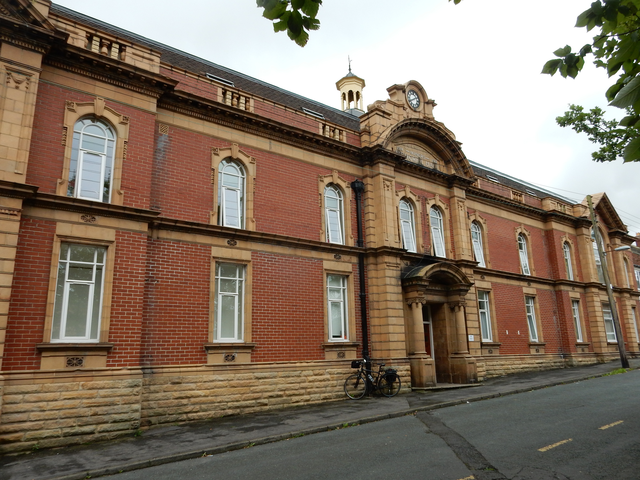 Located in Esh Winning, County Durham - a mining town about 5 miles west of Durham City. Built as a Memorial Hall to the 1914-1918 war, by contributions from miners' wages. A monumental two-storey brick and terracotta hall, in Edwardian Baroque style, opened on 1st December 1923 by the trustees of Esh Colliery Welfare. On the ground floor, originally, was a concert hall capable of holding 550 people, swimming baths, billiard room, committee and ante-rooms. On the second floor is a small hall, library, gymnasium, games room.

First cinema listing in 1929 Kinematograph Year Book. It was closed in 1932. It re-opened in October 1935 when it had been equipped with an Edibell sound system. It may have been used for military purposes during World War II. In 1950 it had 500 seats and a British Acoustic(BA) sound system. In the 1950’s it was equipped with CinemaScope with a 30ft wide proscenium. In 1962 it had 450 seats and a Duosonic sound system. The Majestic Cinema was closed in February 1964, when it was owned by C & T Cinemas.

It became a shirt factory, then shut again and revived as a bingo hall, social club and disco which ran until early-1970’s. It became derelict and was saved from demolition in 2009; about £1m was spent turning it into housing for 24 adults with mild to moderate learning difficulties; the project won awards. The building is Grade II listed.

A pdf with several pages of information about the building can be downloaded at: http://dcc-live-s3.s3.amazonaws.com/wp-content/uploads/2014/09/FH0241-Esh-Winning-Miners-Hall_opt.pdf