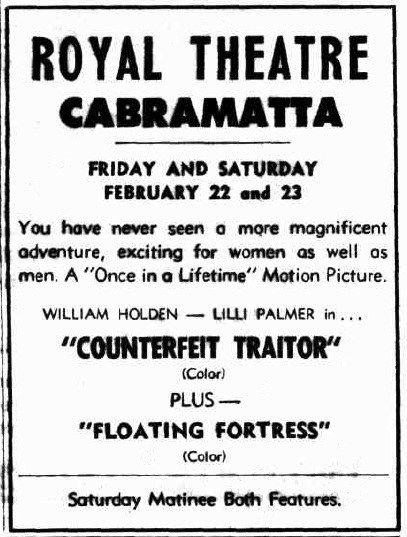 Located in the Cabramatta district to the west of Sydney. The Protea Cinema was opened in the former Protea Hall on 22nd November 1935 with Betty Balfour & John Mills in “Brown on Resolution”(Forever England). It was re-named Royal Theatre in 1952 and closed in 1965.