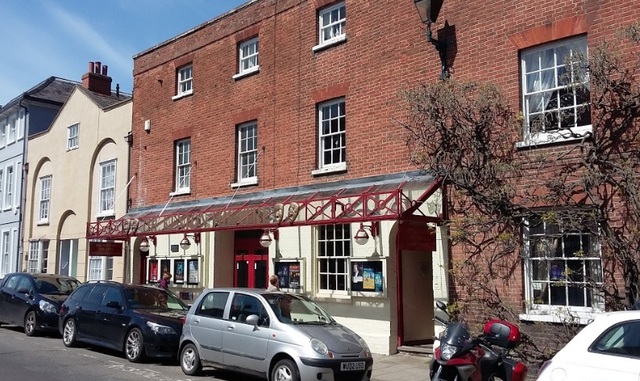 Located in Henley-on-Thames, Oxfordshire. The New Theatre was opened on 7th November 1805 with “School of Reform or How to Rule a Husband”. It was designed by local builder William Parker, with seating provided in stalls & circle levels. The proscenium is 20ft wide and the stage 18ft deep. There are three dressing rooms. Later known as St Mary’s Hall, it was screening films in November 1897. In 1900 other visiting exhibitors showed films here. This use continued when it had been re-named Kenton Hall. For 16 years it was in use as a school room.

It re-opened in 1930 as the Playhouse, later re-named New Playhouse, and became a repertory theatre. It was refurbished in 1967. In 1989 it began some film use again, using equippment donated by the manager of the by then closed Regal Cinema. Film became a regular part of the programming into 2006. The Kenton Theatre is the fourth oldest working theatre operating in the UK.