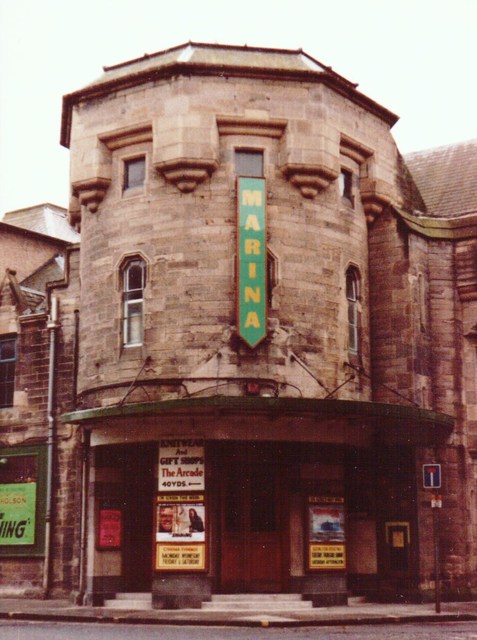 Located in the Scottish Borders town of Hawick on the corner of Tower Dykeside and Kirkestile. The Corn Exchange was built in 1865. Part of the building was on stilts over the river Slitrig Water. It was converted into a cinema by 1901 and it was known as the Exchange Hall. Alterations were made in 1920 and it was re-named King’s Theatre presenting live shows. By the end of 1923 it was a full time cinema again and now boasted a dance hall.

In March 1928 the King’s Theatre was sold to George Singleton and added to his chain of cinemas. In 1930 it was equipped with a British Acoustic(BA) sound system.

In 1937 Singleton’s circuit was sold to the Oscar Deutsch chain of Odeon Theatres Ltd. It was re-named Odeon on 12th August 1946.

The Odeon was sold by the Rank Organisation to the London based Classic Cinemas chain on 17th December 1967 and was re-named Classic Cinema. From 14th January 1968 it was a bingo club several days a week.

On 1st January 1971 it was taken over by an independent operator and was re-named Marina Cinema, again operating as a full-time cinema. In 1980, part week bingo was intoduced again. The Marina Cinema showed its last film Tom Hanks in “Batchelor Party” on 5th June 1985. The building was closed, apart from the dance hall which had become a nightclub.

There were plans made to re-open the cinema, but these were dashed when, at 02:30am on 18th October 1992, the entire building was destroyed by a fire. The ruins were demolished in 1995 and the site became a small car-park which still operates in 2017.