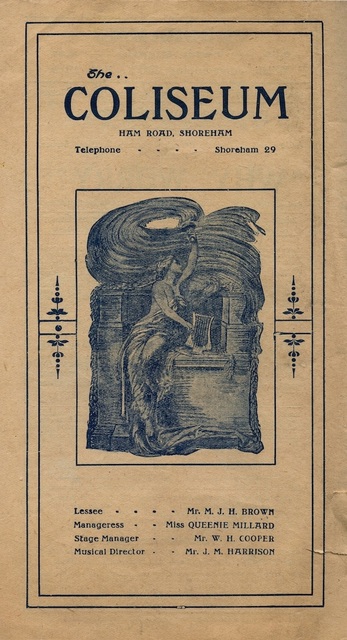 Located in the West Sussex seaside town of Shoreham-by-Sea. The Coliseum Theatre was built during World War I as a garrison theatre. It had a flytower for scenery. In 1920 it began use as a cinema. The projection booth was located at the back of the 30ft deep stage to allow for rear-projection. It had a 28ft wide proscenium.

By 1933 it was still offering films and variety acts as part of the programming. The Coliseum Theatre was closed on 12th July 1941 due to war-time conditions.

The building was converted into a machine shop for Deri Engineers who moved out in the early-1960’s.

The building was demolished and the Adur Civic Centre was built on the site. It had closed by 2017.