Am Hauptbahnhof,
Frankfurt am Main 60329 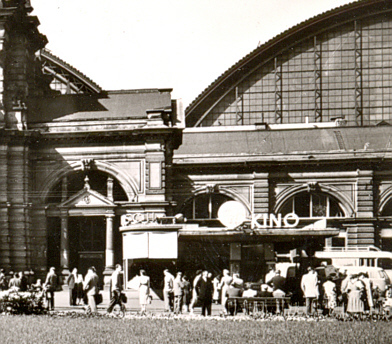 Located inside the Frankfurt Hauptbahnhof (the main Railway Station). The Aktualitaten Kino was opened as a newsreel cinema on 24th November 1950. It had 426 seats, which in 1953 was increased to 594. It was later re-named Attraktion 1 Kino

In June 1979 it was tripled and re-named Aki 1-3 Kinos. Seating was provided for 69 in screen 1, 86 in screen 2 and 182 in screen 3. The cinema programmed action films, Kung Fu movies, exploitation films and finally adult sex films. It was still open in 1995, but a closing date in not known.