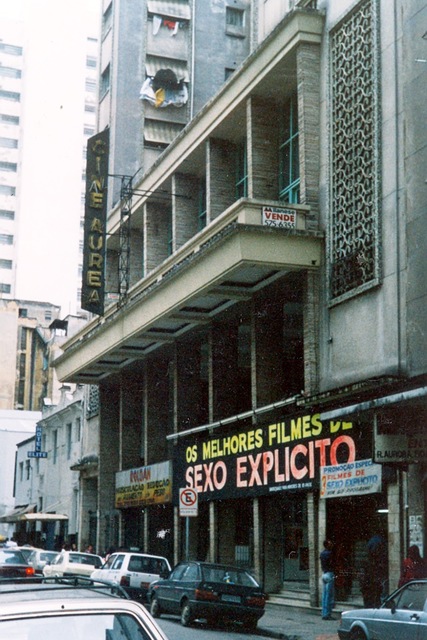 Located in the Santa Ifigenia district in the north of the city centre. The Cine Teatro Aura was opened on 27th April 1957. Initially it was an art house cinema. By 1961 the Cine Aurea was screening exploitation movies. By 1990 it was the Aurea Strip Show, presenting striptease shows. It later returned to screening films re-named Cine Kratos. By 2016 it was operating as the Cinematografica Sao Paulo.